In 2022, Holi falls on Friday 18 March. It is an important spring festival for Hindus and is a national holiday in India and Nepal. Holi is also a regional holiday in many different countries.

Holi is celebrated at the end of winter, in the Hindu month of Phalguna on the last full moon day (Purnima) in the Hindu lunisolar calendar.

In the Gregorian calendar, this falls from late February to March.

Historically, Holi has also marked a celebration of agriculture, by commemorating good spring harvests and the fertile land.

What does Holi symbolise?

Holi is a joyous festival, celebrating the arrival of spring, the end of winter and blossoming love.

It’s a day to renew friendships, to meet others and forget and forgive past tribulations.

However, the festival of colours is also a day to get rid of past errors, and end conflicts with others.

Celebrations commence the night before Holi, with a Holika Dahan, an event where people perform religious rituals in front of a bonfire and pray that, much like the way Holika, the sister of the demon king Hiranyakashipu, was killed in a bonfire, so too will their internal evil be destroyed.

The legend says Holika lured Prahlad, her nephew, into a fire at the King’s request because the nephew worshipped Vishnu instead of him. In the fire, Prahlad was protected, but Holika was burned.

This story amplifies the belief that good always triumphs over evil and it is believed that the name Holi derives from Holika.

Other legends centre around myths and legends of love. In Shaivism and Shaktism, traditions of Hinduism, Holi is linked to Shiva in deep meditation, and his wife Parvati wanting to bring Shiva back into the world.

HOLI 2022: DATE AND TIME
Holi marks the advent of the Spring season and the season of harvesting. The celebration starts with the evening of Purnima.

As far as the timing is concerned, the celebration, according to the Purnima tithi, will commence on March 17 at 1:29 PM and will end on March 18 at 12:47 PM.

Holi is a religious festival celebrated by Hindus all over the world. Holi is considered as second biggest festival in Hindu calendar after Diwali.

Holi marks the arrival of the spring harvest season and the end of winter in the country. The festival of Holi is celebrated in the month of Phalguna of the Hindu calendar and the festivities start on the evening of Purnima.

It’s a day to forgive and make peace with everyone around us.

The festival of Holi is celebrated for two days. The first day of Holi is known as Holika Dahan. On this day, bonfires are lit after sunset at the right muhurat.

The second day of Holi is known as Rangwali Holi as people play with colours. The main Holi day is also known as Dhulandi/Dhulendi/Dhuleti/Dhulheti.

Holi in the Year 2022: Date, Time and Tithi for Mumbai

What is the story of Holi?
Holi celebrated the Hindu god Krishna and the legend of Holika and Prahlad. According to Hindu mythology, during the Satyug era, there lived an evil king, Hiranyakashipu. With the blessing of Lord Shiva, Hiranyakashipu became nearly invincible as he wished for everyone in his kingdom to worship him. The evil king, who would act like a god, began killing those who disobeyed him.

However, his son namely Prahlad was a religious worshipper of Lord Vishnu. The King couldn’t bear his son’s disobedience towards him and hence devised a heinous plan to murder him. Hiranyakashipu took help from his sister Holika, who had a magic cloak that protected her from fire. He asked her to sit on a bonfire with Prahlad, by tricking the boy. However, as the fire roared, the garment flew from Holika and covered Prahlad. Holika burnt to death, Prahlad came out unharmed. This event marked the triumph of good over evil. 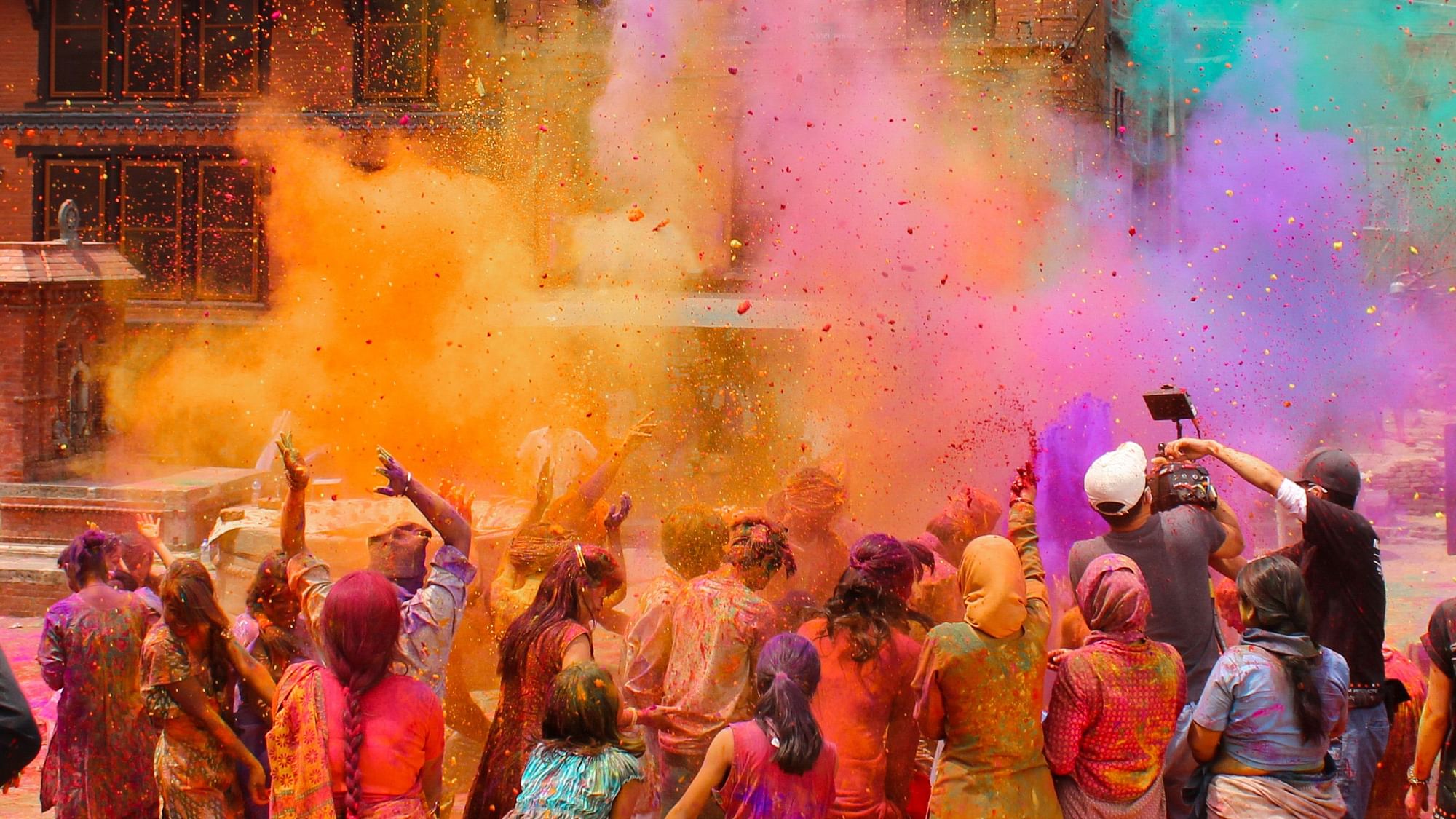