Kuwait City, 16th January 2022:
Philippines to Buy $375 Million Missile System from India, iiQ8 info
#philippines to acquire $375m missile system from #India
Philippines is in the late stages of a $5.85b project to modernise its military hardware
MANILA: The Philippines has finalised a deal to acquire a shore-based anti-ship missile system from India for nearly $375 million to beef up its navy, the Southeast Asian nation’s defence minister said.
The Philippines is in the late stages of a five-year, 300 billion pesos ($5.85 billion) project to modernise its military’s outdated hardware that includes warships from World War Two and helicopters used by the United States in the Vietnam War.
Under the deal negotiated with the government of India, Brahmos Aerospace Private Ltd will deliver three batteries, train operators and maintainers, and provide logistics support, Defence Secretary Delfin Lorenzana said in a Facebook post late on Friday.


It was conceptualised in 2017, but faced delays in budget allocation and due to the coronavirus pandemic.
The new anti-ship system aims to deter foreign vessels from encroaching on the country’s 200 nautical mile exclusive economic zone.
In 2018, the Philippines bought Israeli-made Spike ER missiles, its first-ever ship-borne missile systems for maritime deterrence. 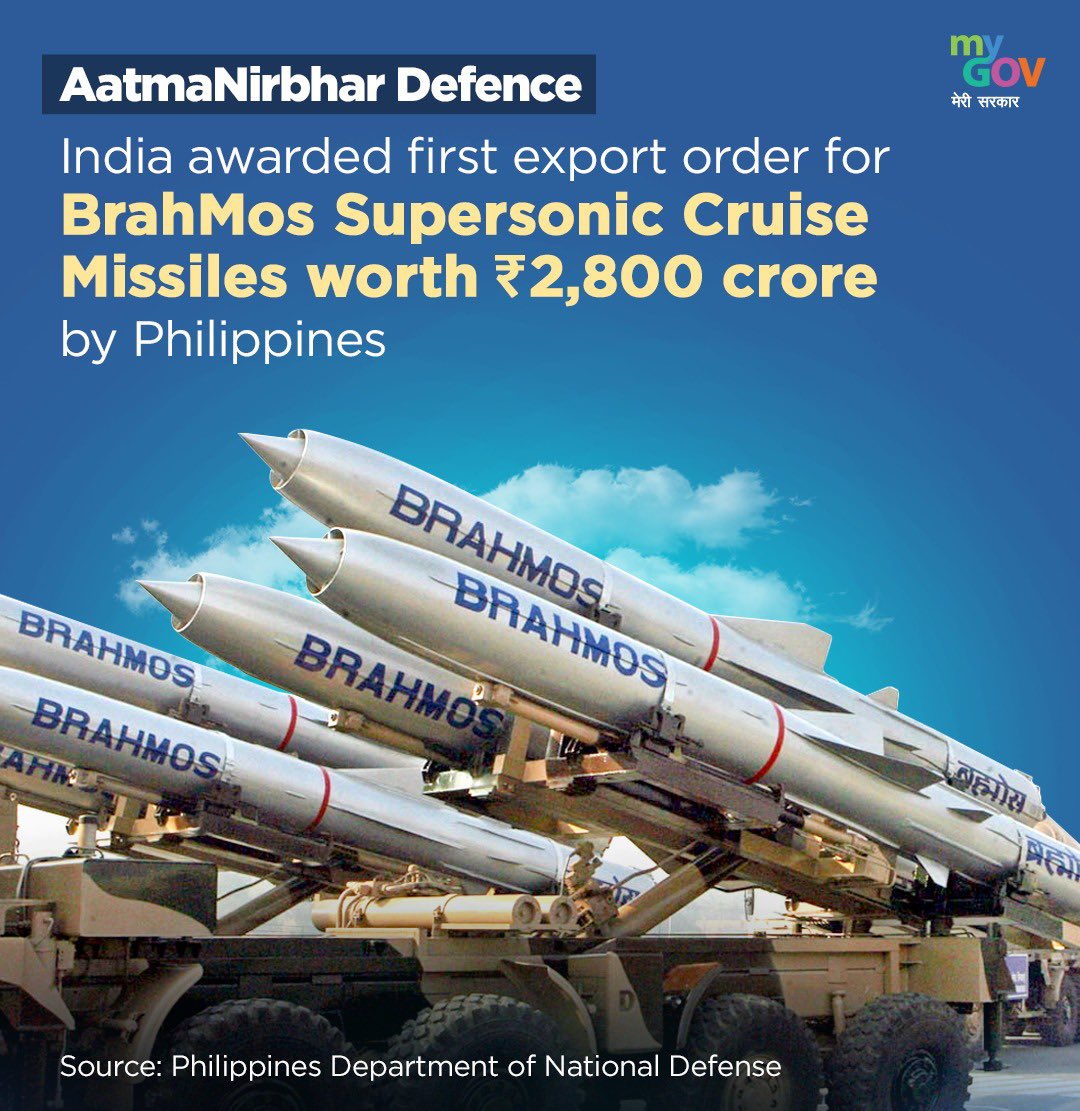