A bus for every 30 minutes to Kuwait Airport 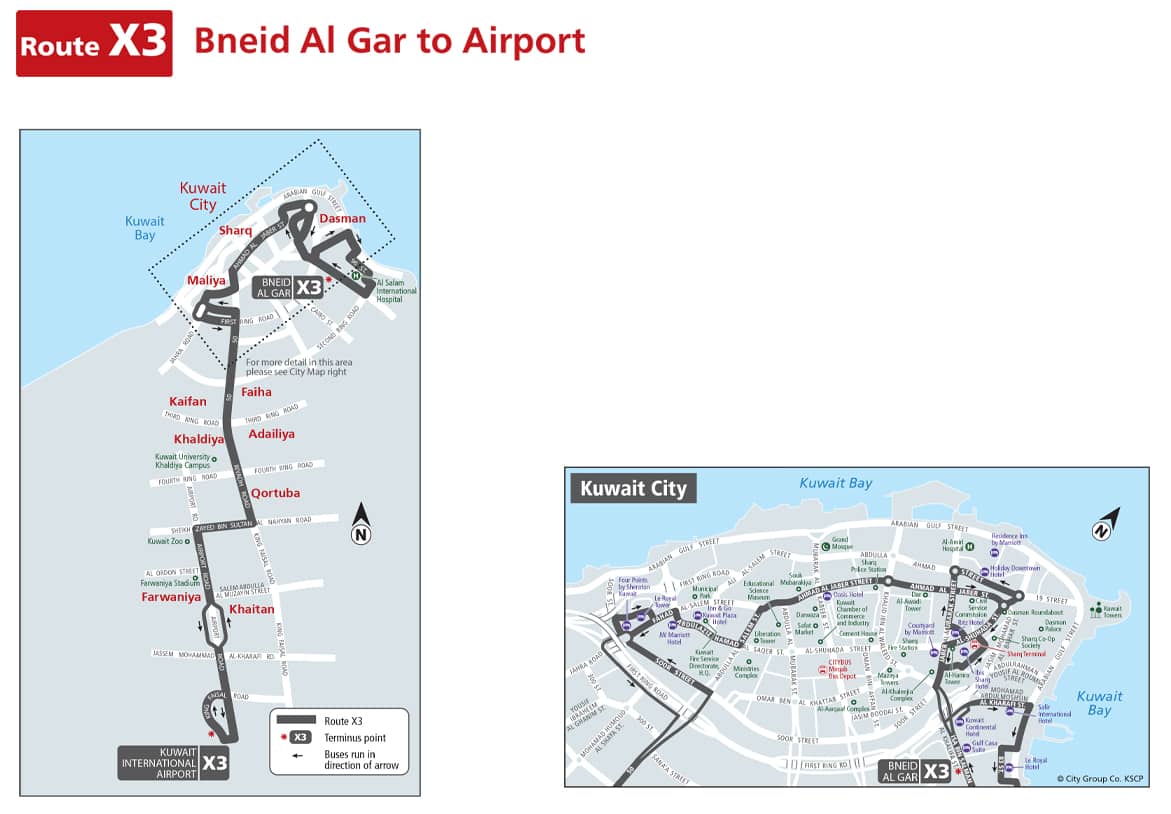