The trials were carried out in the presence of the Directorate General of Civil Aviation (DGCA) officials at Kishangarh Airport in Ajmer, Rajasthan with an ATR72 aircraft on Wednesday (April 27) morning.

The tests, at Kishangarh Airport, was performed as part of initial GAGAN LPV flight trials along with DGCA team on- board. After the final approval by DGCA, the procedure will be available for usage of commercial flights.

LPV (Localizer Performance with Vertical Guidance) is a Satellite Based Procedure which has been used by the aircraft for landing purpose at Kishangarh Airport (Rajasthan) on Wednesday.

LPV approaches will make it possible to land at airports not equipped with expensive Instrument Landing 2 Systems, which includes many small regional and local airports.

This is a glorious achievement. #India is the first Nation in Asia-Pacific region to use satnav – more so indigenously developed satellite navigation – to land aircraft. 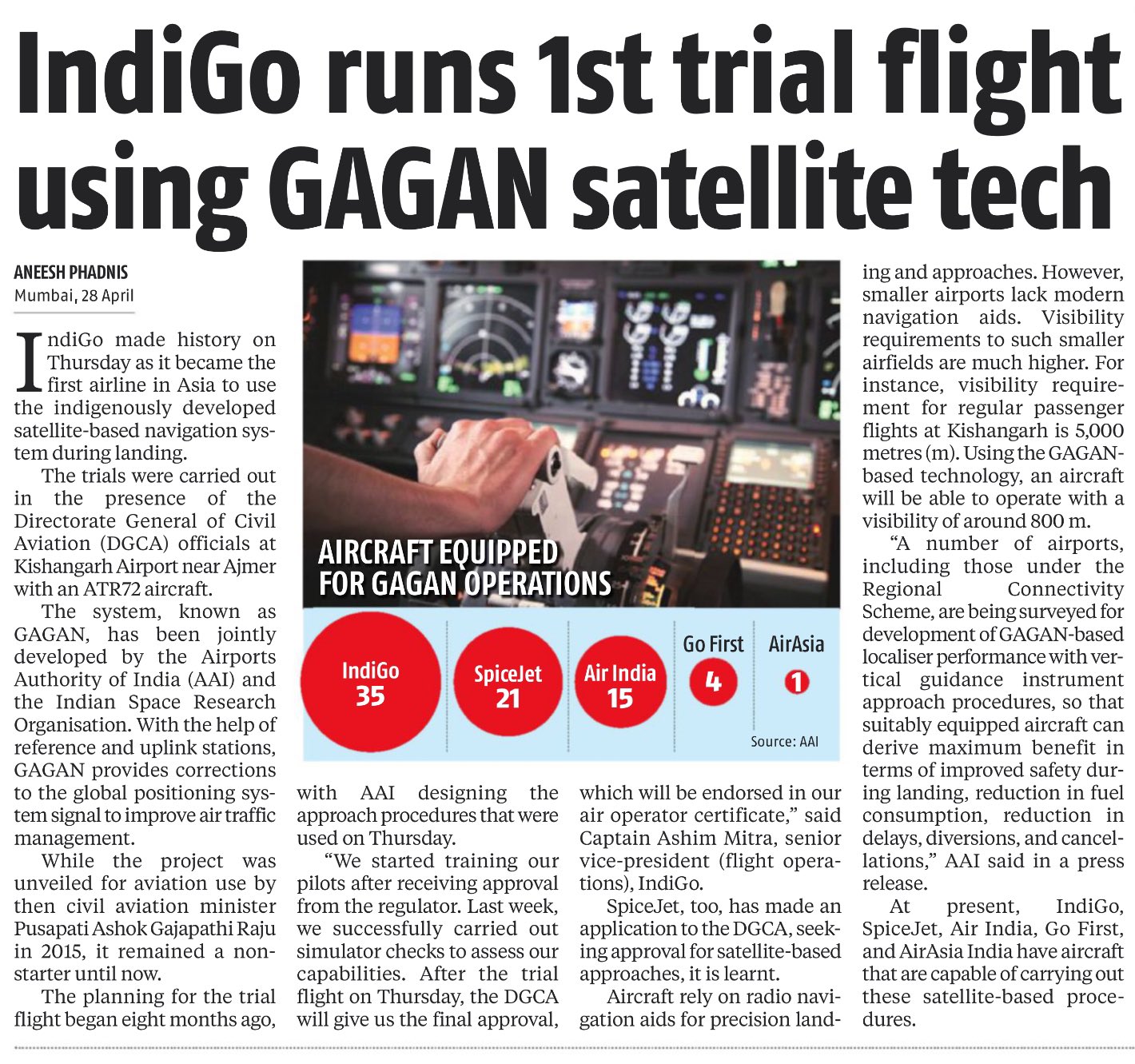 When is Sri Rama Navami?, Ram Navami in India