How to Fold National Flag?, Indian Flag Folding to Store

Do remember to follow the proper way to fold & store the Tiranga, in accordance with the Flag Code of India. 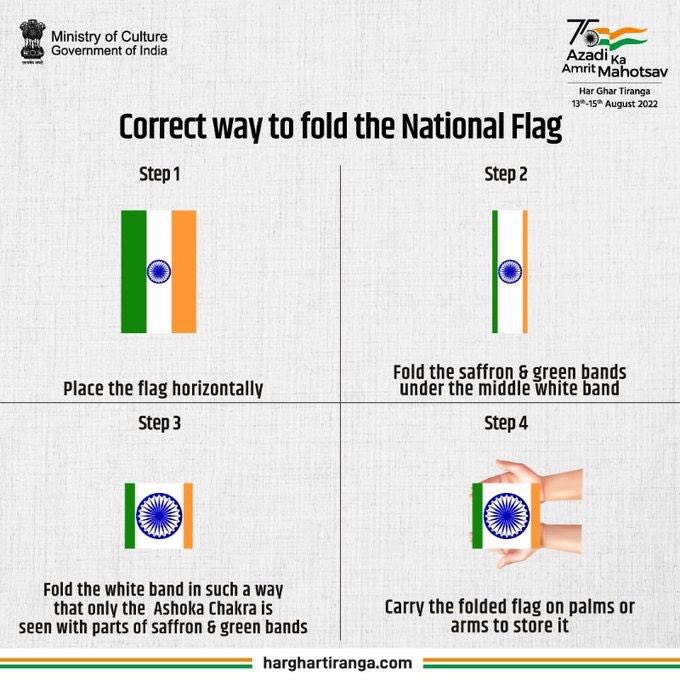 How to Fold National Flag?, Indian Flag Folding to Store

Step 3:
Fold the white band in such a way that only the Ashoka Chakra is seen with parts of saffron & green bands.

Step 4:
Carry the folded flag on palms or arms to store it.

Bring home the National Flag & be a part of #HarGharTiranga

To pin your flag, visit: http://harghartiranga.com