The Baby was born with four hands, holding conchshell, disc, club and lotus. He was decorated with the mark of Śrīvatsa, wearing the jeweled necklace of kaustubha stone, dressed in yellow silk, appearing dazzling like a bright blackish cloud, wearing a helmet bedecked with the vaidūrya stone, valuable bracelets, earrings and similar other ornaments all over His body and an abundance of hair on His head.

Vasudeva was wonderstruck to see a newly born child so fully decorated! Vasudeva wanted to perform a grand ceremony at Shri Krishna’s appearance, but being shackled could only offer thousands of cows to Brahmins mentally. He bowed down and offered prayers to the Lord. Devaki too bowed and offered prayers. The Lord revealed that He had chosen them as His parents because they had performed severe austerities in previous births to obtain Him as their child.

Bhagwan ordered Vasudeva to take Him to Gokula, where Yashoda had just given birth to a girl. He told him to exchange the girl with Him. Then He turned Himself to an ordinary child and became silent. Yogamaya, the Lord’s internal potency, then put all the residents of Kamsa’s palace, including the doorkeepers, to deep sleep and the shackled doors of the palace opened. Vasudeva carried Krishna outside. Even though it was the dead of night, Vasudeva could see everything as clearly as in the day. There was heavy rain and thunder, but Lord Ananta sheltered Vasudeva as he carried the child. The Yamuna, roaring with foaming waves, parted ways as Vasudeva approached.

At Nanda’s Gokula, everyone was fast asleep when Vasudeva arrived. He easily entered, exchanged the girl child just born to Yashoda with Krishna and returned to Kamsa’s prison. He put the child in Devaki’s lap and shackled his hands and feet again.
Source – #𝐒𝐀𝐍𝐀𝐀𝐓𝐀𝐍𝐓𝐀𝐋𝐄𝐒
𝐏𝐥𝐞𝐚𝐬𝐞 𝐟𝐨𝐥𝐥𝐨𝐰 𝐮𝐬 @𝐬𝐚𝐧𝐚𝐚𝐭𝐚𝐧𝐭𝐚𝐥𝐞𝐬 𝐨𝐧 𝐅𝐚𝐜𝐞𝐛𝐨𝐨𝐤, 𝐈𝐧𝐬𝐭𝐚𝐠𝐫𝐚𝐦, 𝐓𝐰𝐢𝐭𝐭𝐞𝐫 & 𝐊𝐨𝐨 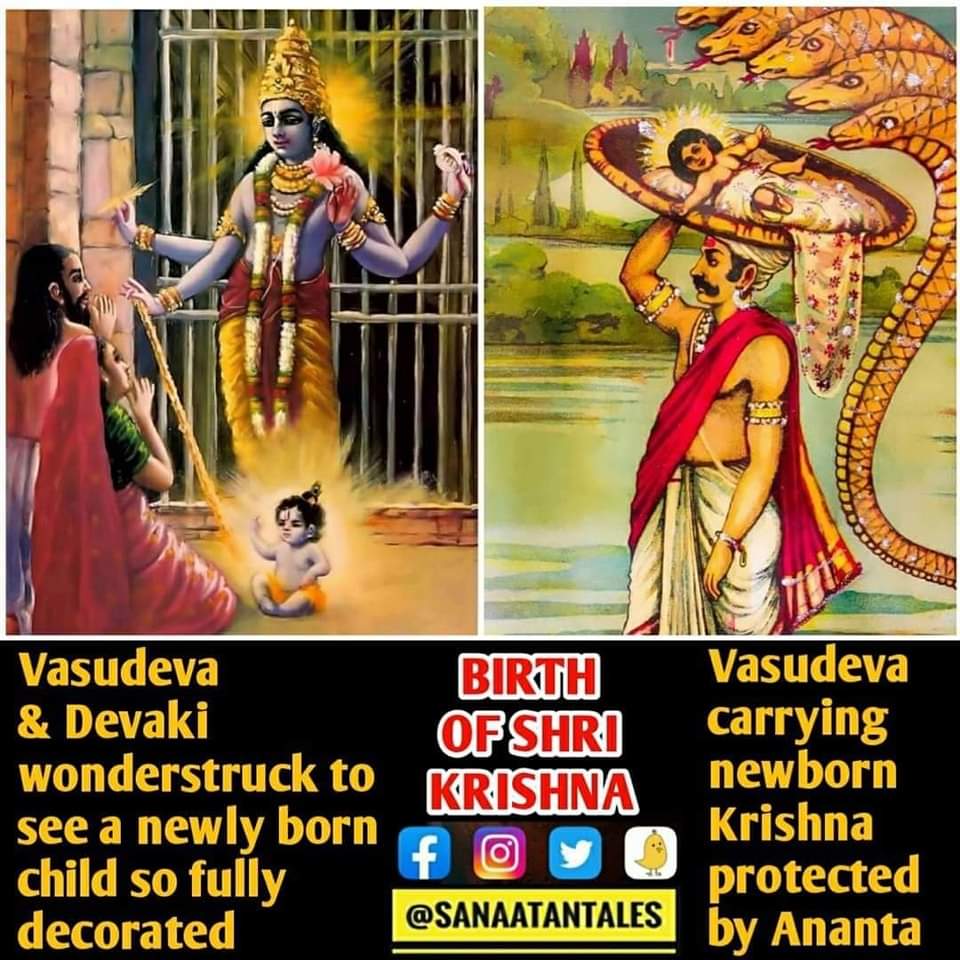 No one remembers the girl baby born on the same day who was interchanged with Krishna, a boy baby, to save His life. The boy’s life was precious but the girl was born to sacrifice Her life. 𝐓𝐨𝐝𝐚𝐲 𝐢𝐬 𝐧𝐨𝐭 𝐨𝐧𝐥𝐲 𝐭𝐡𝐞 𝐛𝐢𝐫𝐭𝐡𝐝𝐚𝐲 𝐨𝐟 𝐊𝐫𝐢𝐬𝐡𝐧𝐚 𝐛𝐮𝐭 𝐚𝐥𝐬𝐨 𝐨𝐟 𝐘𝐨𝐠𝐚𝐦𝐚𝐲𝐚.

It is said that Yogmaya flew off to Heavens freeing herself from the clutches of Kansa while announcing to Kansa that his killer has been born.

Krishna was born in the darkness of the night, into the locked confines of a jail.
However, at the moment of His birth, all the guards fell asleep, the chains were broken and the barred doors gently opened. 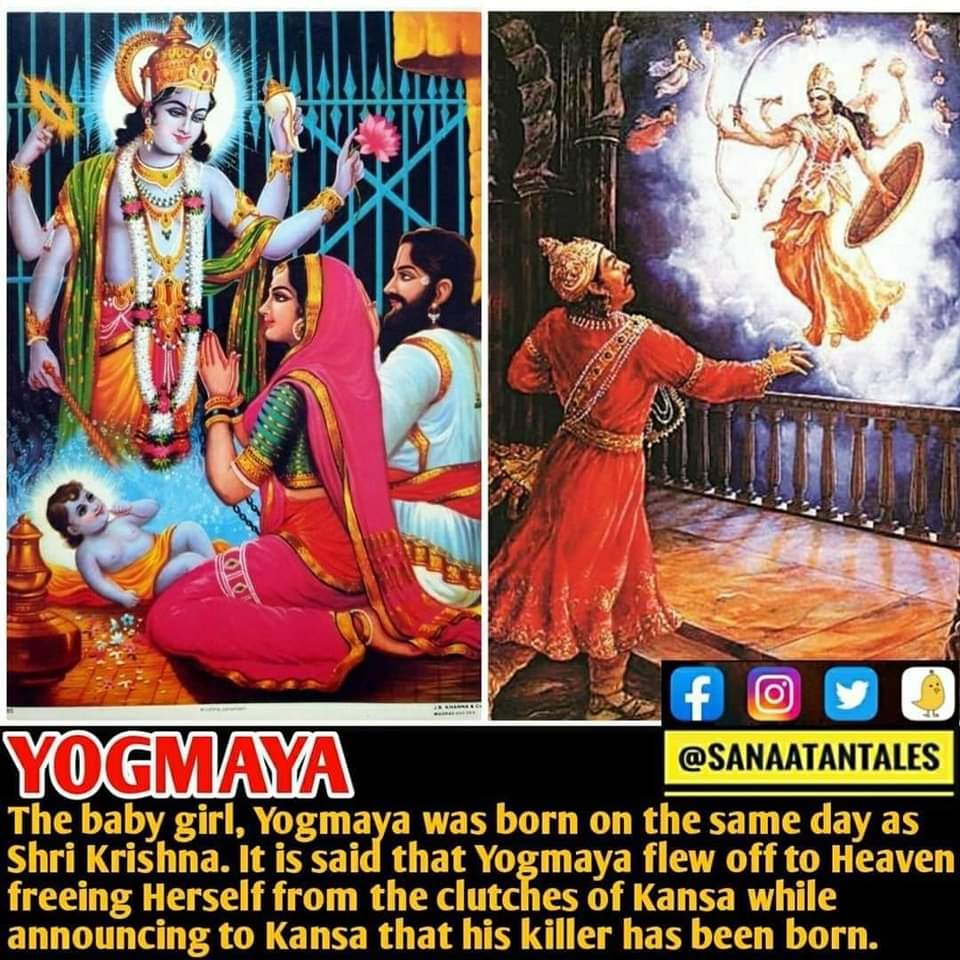 Hierarchy of Army and Soldiers in Mahabharata