Kuwait is a small country on the Arabian Gulf. I’m half Kuwaiti and I’ve lived there most of my life, and while in some ways it can be a difficult country for liberal-minded people, it is also very interesting and endearingly flawed. Here are some things you might not know about life in Kuwait: 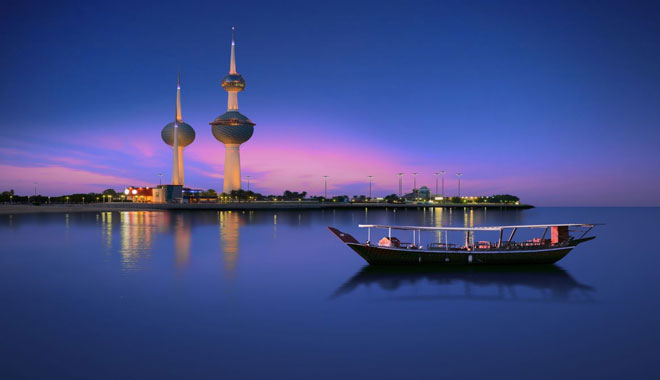 2. The makeup, oh God, the makeup. On any given day (as in, while the sun is out), I would say many Kuwaiti girls wear more makeup than American girls wear ever. In general, one big thing about Kuwaiti culture (or Arabs in general) is that we dress up a lot, everywhere. Girls wear stilettos to college, and that’s just the beginning.

3. The nationalities. Kuwaitis only make up a third of the population, and among us there are many “half-breeds.” I’m half American, and I know people who are half Iranian, half Palestinian, half Polish, half Filipino, half Russian, half British…the list goes on. And it gets even more interesting: I know a girl who is half Belgian and half Egyptian, and a friend of mine is half Palestinian with Greek roots.

4. The weddings. The majority of weddings here are segregated, so women take the opportunity to go all out. They’re like fashion shows, but with more makeup. Hijabs and modest clothing are gone with the wind, and suddenly there isn’t much clothing on anyone anymore. Once I saw a pretty girl dancing in a corseted strapless dress. Then the groom came in, and suddenly the only visible part of her was her false eyelashes. The other men have no idea.

5. The trends. I’ve heard that Kuwaitis are famous among other Arabs for being trend-obsessed (among other things; let’s just say we’re not the most loved Arab country ever). This is true, though most of us are agreed in thinking one trend is ridiculous: the Coneheaded Hijab. Exactly how the cone shape is created I do not know—I’ve seen people use large flowered clips, but others theorize that rolls of toilet paper are the real secret.

6. People fight over who picks up the bill, arguments that usually feature shouts of “Haram!” and “My seeeeer!” (Which basically means, “You can’t do that!”) Once I went to the grocery store with relatives, and they refused to leave unless I let them pay. (I can’t drive. I had no choice.)

7. Kim Kardashian is a national female obsession. Even my 60-year-old aunt watches her show, and she doesn’t speak English.

8. People CANNOT drive. When my mother first came here, she would close her eyes while being driven through certain parts of the country. I blame the driving exam, which is so hard to schedule that taking it is considered a valid excuse to miss class in college. But they pass everyone. My cousin drove down the wrong side of the street. They passed her. My brother got in, immediately drove into the curb, and was ordered out of the car. He passed. My friend was asked, “What is 5 times 5? 6 times 2? What does a green light mean? Red?” and then was told, “You know how to drive. Go home.”

9. It is SUCH a small country. I started college this year (there’s one public university, and attendance is not only free, but those who get accepted are paid), and I’ve met so many people I’m connected to in odd ways. I met a girl who was born the same year as me while our families were in the same apartment building. I met the friends of a friend of a friend of mine who is currently in Britain. Another girl and I managed to identify a basketball player we both knew based solely on naming players who are hot and wear sweat bands.

10. You’re being ripped off on falafel sandwiches in the U.S. They have a set price here, and it’s less than 50 cents.